The KindRED Pride Foundation was inspired by the desire to expand the magic created by the 28-year tradition of the original “Gay Day at Magic Kingdom” in Orlando. Become a #bekindchampion and learn more at www.kindredpride.org

March 7, 2019 (Orlando, Fla.) – Today, The KindRED Pride Foundation announced a new global vision building on the tradition of “gay day” at Magic Kingdom®, which is always held on the first Saturday of June to Kick Off Pride Month.

The KindRED Pride Foundation was inspired by the desire to expand the magic created by the 28-year tradition of the original “Gay Day at Magic Kingdom” in Orlando. The event started with just a handful of people who decided they would meet socially on the first Saturday in June in front of the castle. They would all wear RED t-shirts to identify each other since most had only met on a computer bulletin board service and never all in person.

The event quickly grew to one of the largest LGBT+ annual gatherings in the world. The growth was in part a result of the national media exposure brought on by the protests by far-right groups threatening to boycott. The original attendees unwittingly pioneered one of the first gay travel “destination” weekends. Who could have known the tremendous impact of the original gathering would have on the social fabric of our community as hundreds of thousands of guests from around the world experienced the magic of RED Shirt Pride Day each year and took the stories and images back to their communities.

The KindRED Pride Foundation’s mission is to honor the kindred spirit, bravery, and courage of the original attendees back in 1991 by expanding the “grass roots” desire to bring the community together to celebrate and to support endeavors by like-minded charities within the Lesbian, Gay, Bi-Sexual, Transgender, Questioning, Intersex, and Ally (LGBTQIA) community by producing sporting, music, and other special events.  The organization is aligning with national, regional, and local non-profits who provide valuable resources to fight bullying, teen homelessness, HIV services, and legal/business/housing services to the LGBT+ community.

Just as on St. Patrick’s Day everyone inclined to express connection to what that day represents by wearing green on March 17th – whether they are Irish or not.  So the first Saturday of June will continue to be the day that kindred spirits around the world wear RED in solidarity for Diversity, Equality, Inclusion, Safe Expression, and Kindness – RED Shirt Pride Day Around the World!  (#rspd). The goal is to get 1,000,000 or more like-minded people to wear RED on June 1, 2019 no matter where you are in the world.

This builds on the 28-year tradition of people traveling from all over the world to the Magic Kingdom® on the first Saturday of June. At one time, it grew to over 40,000 people but the original mission worked as you can now express yourself every day at Disney. However, that is not true everywhere.  “In 1991 the thought of wearing a red shirt with other Compu-Whosers at the Magic Kingdom as scary as it was exciting”, said Michael Jungen.  “I am delighted that today, LGBT individuals and kindred spirits celebrate openly and without fear.  Hopefully RSPD will be a part of the journey for that same sort of transition in other parts of the world.”

The first Saturday of June will now be RED Shirt Pride Day Around the World!

What better way to kick off Pride Month than people around the world wearing RED as a celebration of life in all of its different colors, shapes, sizes, genders, orientations, nationalities, ages, abilities, and status.

We invite you to help us search the world for Be Kind Champions. Be Kind Champions who will showcase kindness throughout the year and show solidarity on the first Saturday of every June by wearing RED!  (#rspd)

Also, learn how your Diversity Resource Group or non-profit can raise funds by participating in RED Shirt Pride Day Around the World.

Jason Robert Ballard
Jason is the Founder of FTM Magazine. 31 years old, from NY but currently residing in PA. He named himself after the red Power Ranger. Does the graphics, website, scheduling, events, and social media work here.

A Mutual Aid Fund was created on March 13th on GoFundMe by Amita Swadhin in response to the growing instability of funds...
Read more
COMMUNITY

The Ways that COVID-19 has Affected the Trans Community

This week, non-essential travel, retailing, bars and restaurants, and even state centers, parks, and buildings have closed due to the growing concern...
Read more 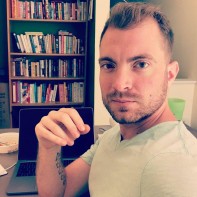 Jason Robert Ballard
Jason is the Founder of FTM Magazine. 31 years old, from NY but currently residing in PA. He named himself after the red Power Ranger. Does the graphics, website, scheduling, events, and social media work here.
5,688FansLike
7,510FollowersFollow
374FollowersFollow

SubQ Injections are as Effective as Intramuscular Injections, Study Says

Jason Robert Ballard - September 9, 2019
A medical study confirms it - 63/63 patients studied by the Maine Medical Center prefer SubQ injections - But is it effective?

IM vs SUBQ HRT Injections & What All That Even Means

The Importance of Doing Your Shot Consistently

Use of and/or registration on any portion of this site constitutes acceptance of our User Agreement and Privacy Policy and Cookie Statement.
The material on this site may not be reproduced, distributed, transmitted, cached or otherwise used, except with the prior written permission of Trans-Masc Industries, Inc representatives.